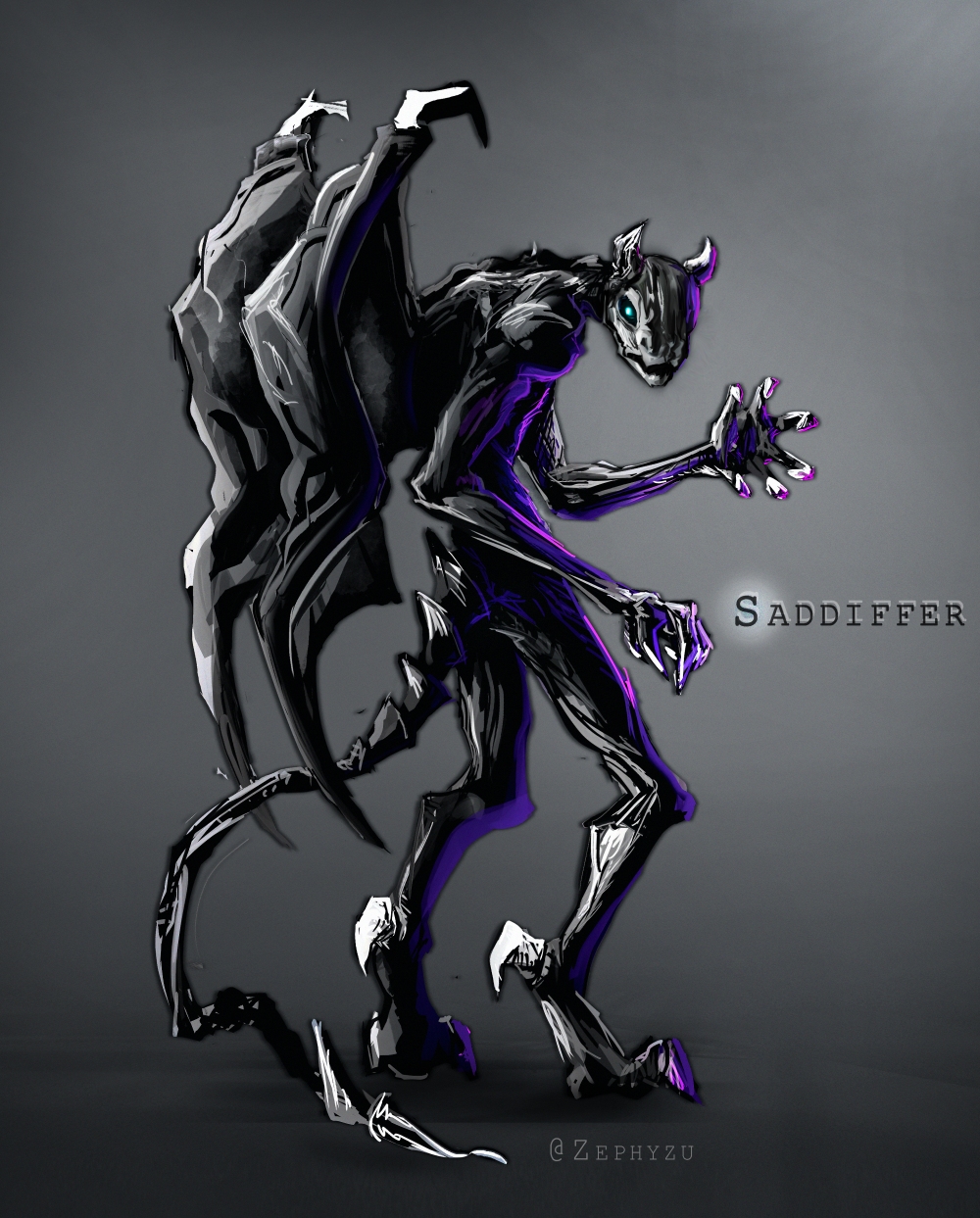 Anomaly-011 discovered on the ruined planet of CONFIDENTIAL. Anomaly-011 appears to be a six and a half foot tall grey gargoyle, thin, and wiry with some muscle density. Anomaly-011 has one set of bat-like wings, spanning over fifteen feet. Face is that of a sad bestial creature with two blue glowing eyes. Varying images depict a long tail with a spear-like protrusion while other recordings reveal an absent tail. Anomaly-011 is theorized to materialize its tail for flight balance or combat. Anomaly-011 is highly aggressive towards all forms of organic and non-organic life. Max speed clocked in Mach 8.01. Strength of Anomaly-011 fluctuates, appearing to lift several tons with a digit, or bisecting armored vehicles with its supposedly fragile wings while in other cases it is temporarily incapacitated by fallen debris. Retrieval of muscle or wing tissue desired for further research. Kill squads sent to pacify Anomaly-011. Upon contact with Kill Squads, Anomaly-011 was recorded asking if they knew where the “glowing one” was. Kill Squads engaged and were quickly eliminated and devoured down to a single man. Recordings indicate Anomaly-011 as highly charismatic and intelligent, seeking to capture and ‘bind under contract’. Sole survivor opted for kill switch mechanisms as ordered. Inspection of recordings reveal Anomaly-011 all but immune to laser fire up to a starship’s level power, railgun fire up to a starship’s level power, incineration, acid, impacts, stabbings, tearing, crushing, gamma radiation, theta radiation, omega radiation, solar bombs, and cataclysmic tier weapons. Slowed recordings revealed immense regenerative abilities at a molecular level. Encounters with Anomaly-011 are to be avoided at all costs. Upon aggression, Anomaly-011 proceeds to inflate gullet, spewing out a black gaseous biological weapon attack.

Anomaly-011 appears to get permanently stronger from conflict and bloodshed, making termination improbable.

Quarantine of planet CONFIDENTIAL effective immediate and all records of planet CONFIDENTIAL are classified. Under no circumstances must subject land planet-side with any sort of vessel containing FTL. Research vessels must only contain antigrav thrusters, limited nacelles for a single trip, and a self-destruct kill-switch. FTL vessels must confirm vessel is clear via drones and camera work. FTL vessels must also be equipped with quantum entangled self destruct kill switches. Under no circumstance are any rescue missions authorized for marooned or estranged crew. Approved research teams seeking entry must complete signing of will and testament as well as waivers for any dangers. Research teams using deathrow inmates and/or controlled drones has been approved.

One thought on “Anomaly-011: The Durable Prince”